This blog archives some of the reflections, observations, interviews, meetings made by Peggy PIERROT as part of her Method Room residence, which runs from July to September 2018 in Chicago. 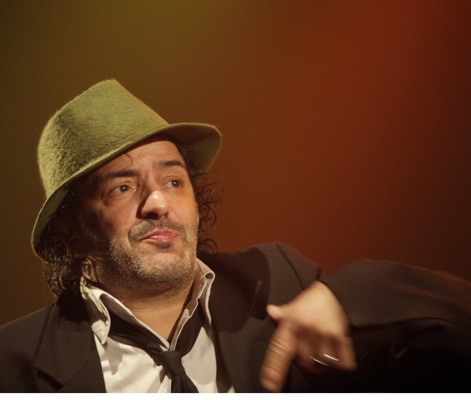 When i was a teenager, I needed music like air.

I survived despair because I had music.

One of the record I had listen the most in my life, dated that time, is the album Rhorhomanie by the French band Carte de séjour.

It was the first mainstream band to talk about the life of migrants, and of the second generation of youth born French with various African descent. I loved this band because they were making this mix or rock and Arabic sounds which was new at the time. They sang in French and Arabic.

They were important to me because i needed that kind of figures, people to sing on that subject of racism in France.

The band as led by Rachid Haha, who died last night.

I remember seeing him at the counter of the Ginettes armées parties, in Paris, the first queer poc parties, that were like his music, rebellious like rock music and danceable like disco. He is a symbol of the France I like. Rebellious and complicated. Indomitable with a loudmouth bigger than life. Assuming the world as it is. The result of history, wars and domination. That has no choice but to deal with the unmanageable kids he have bred.